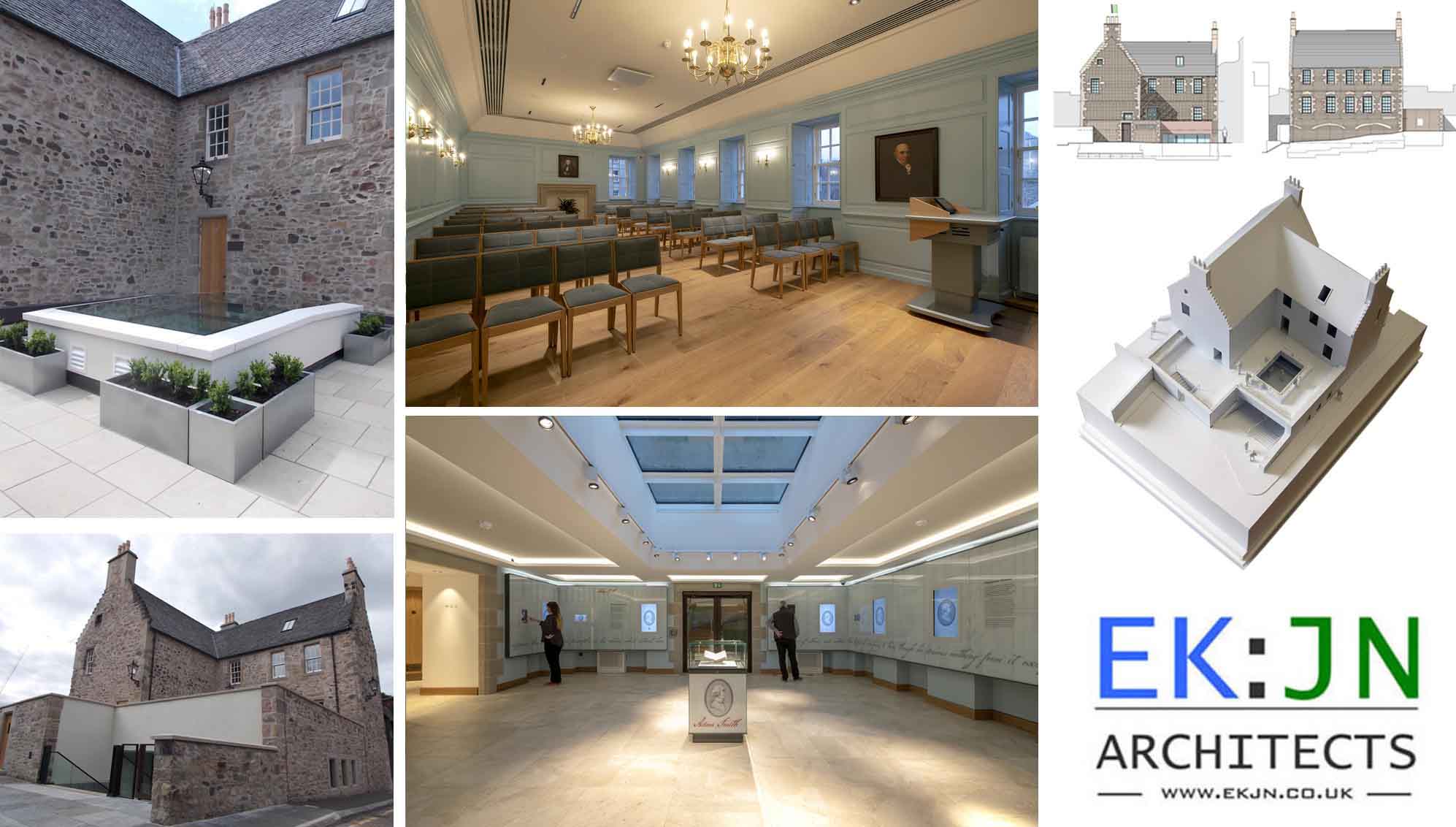 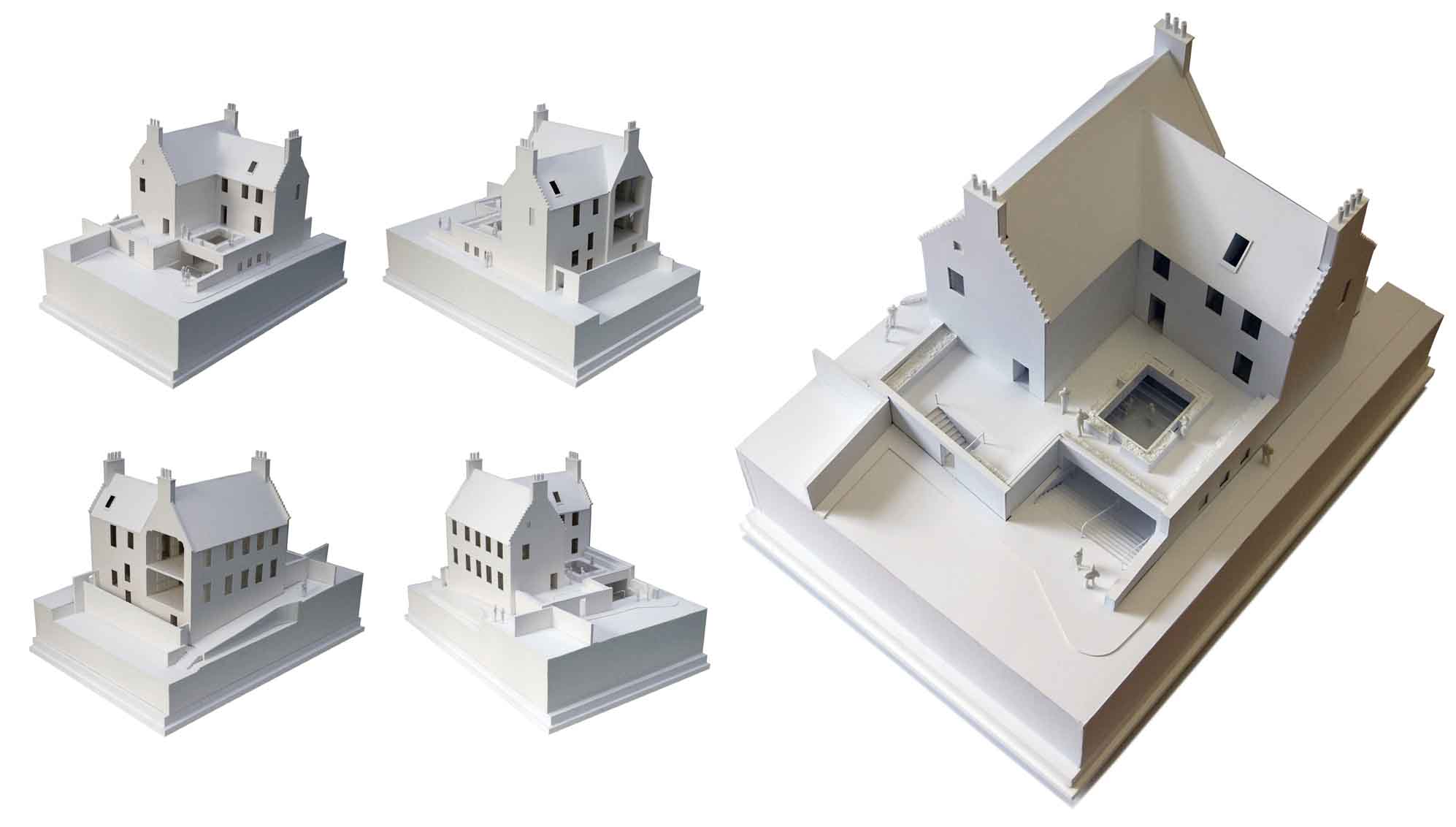 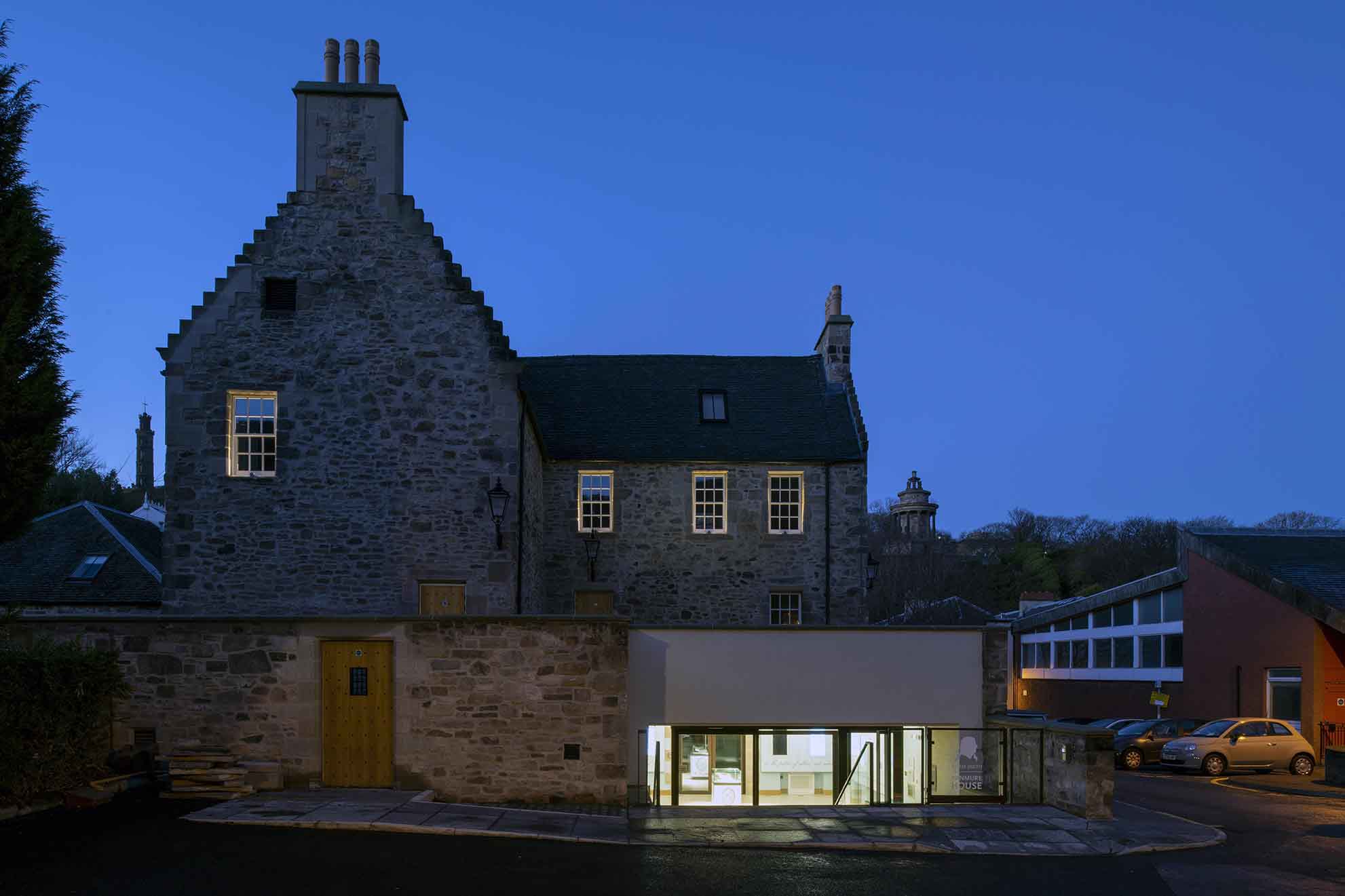 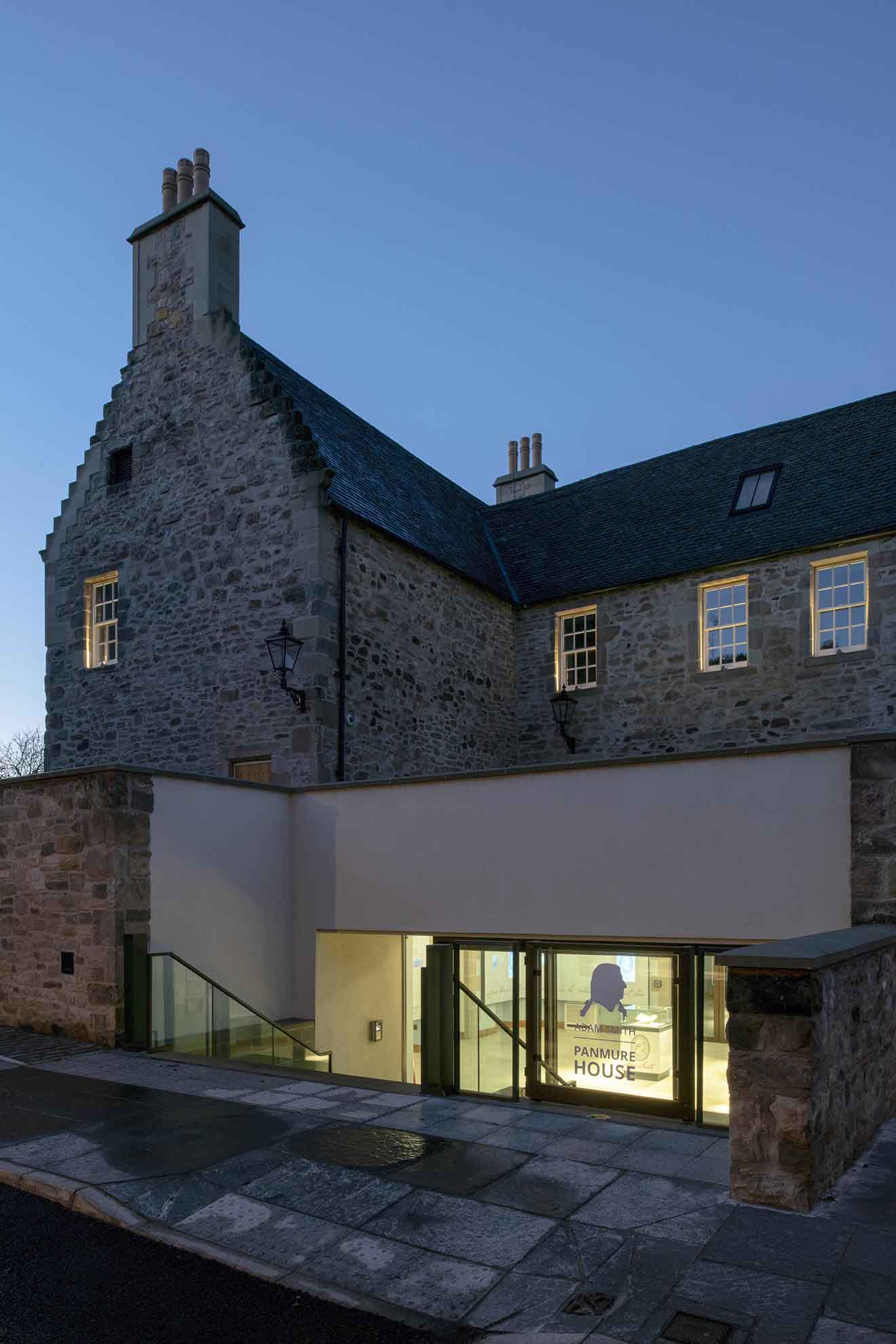 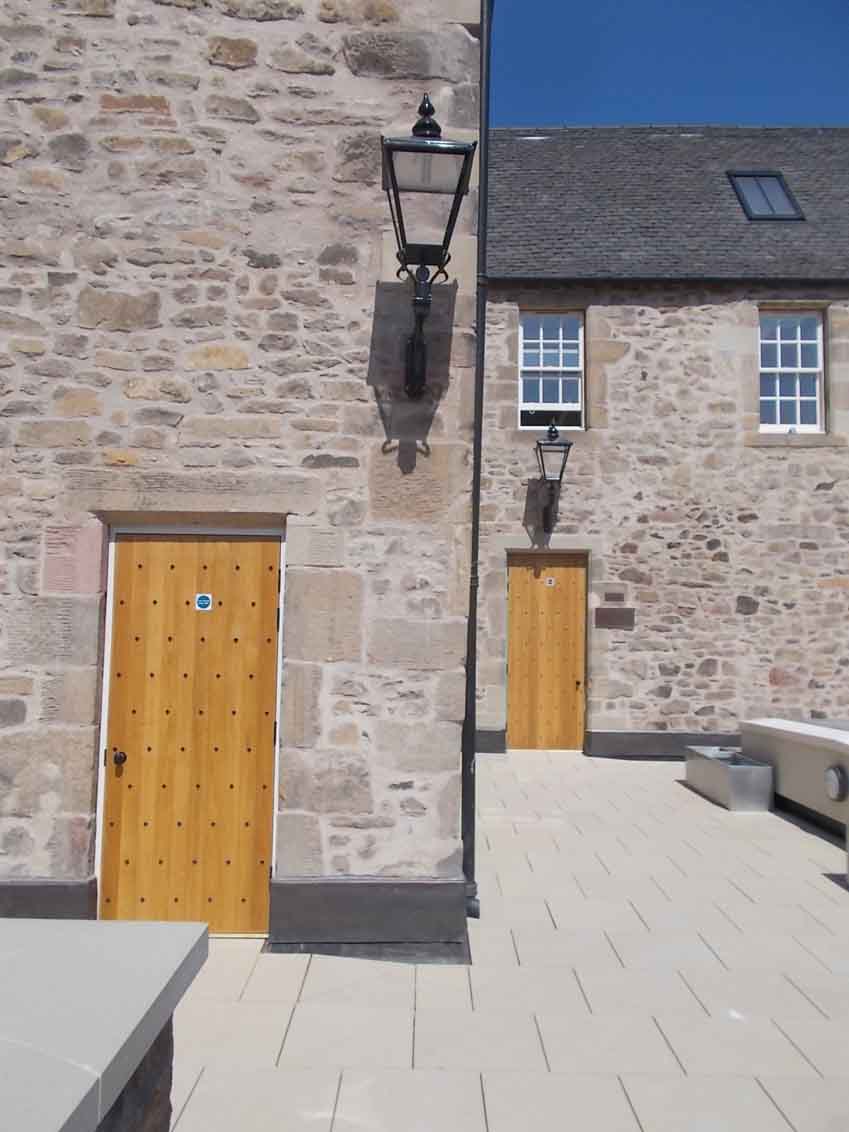 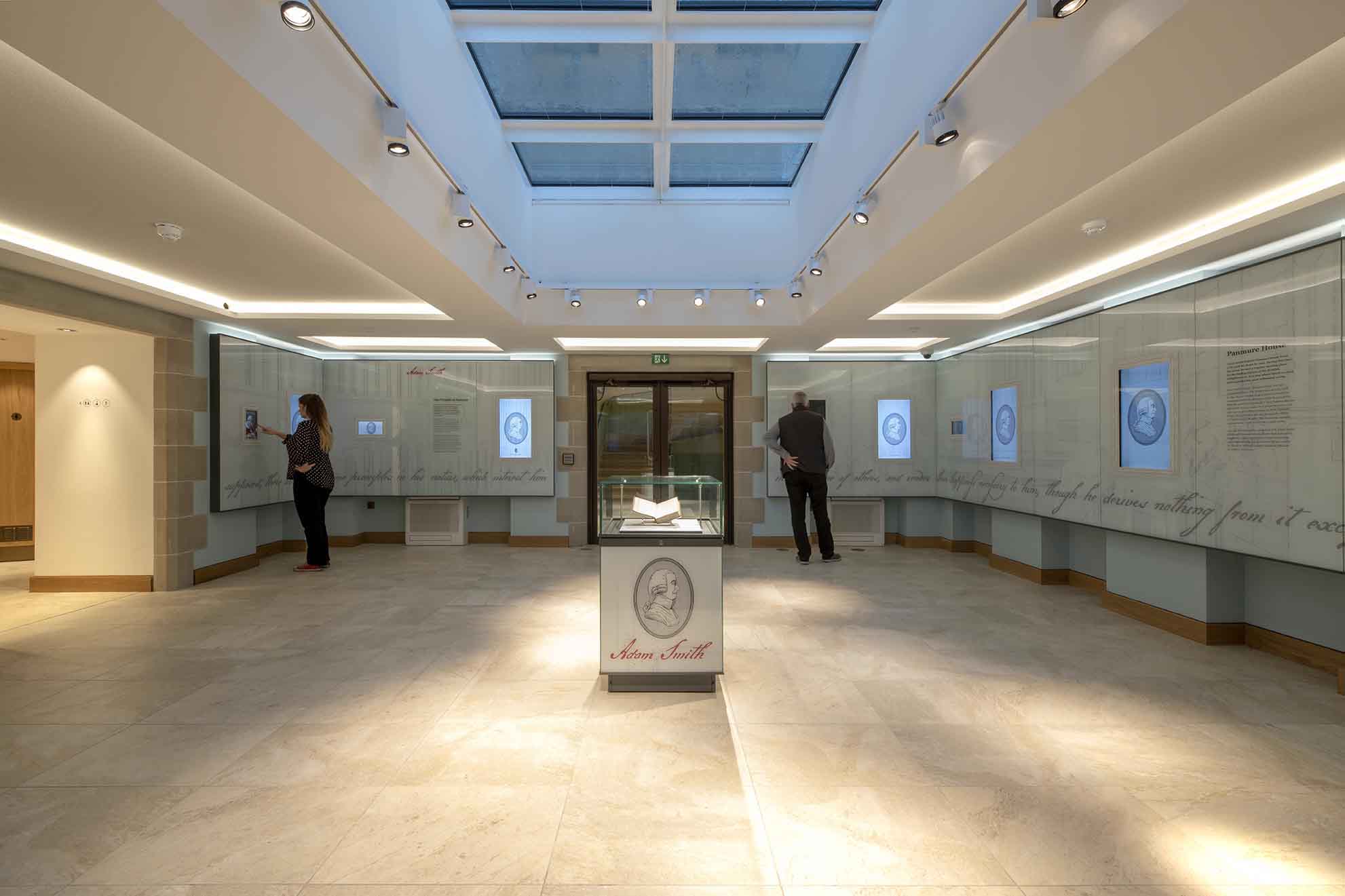 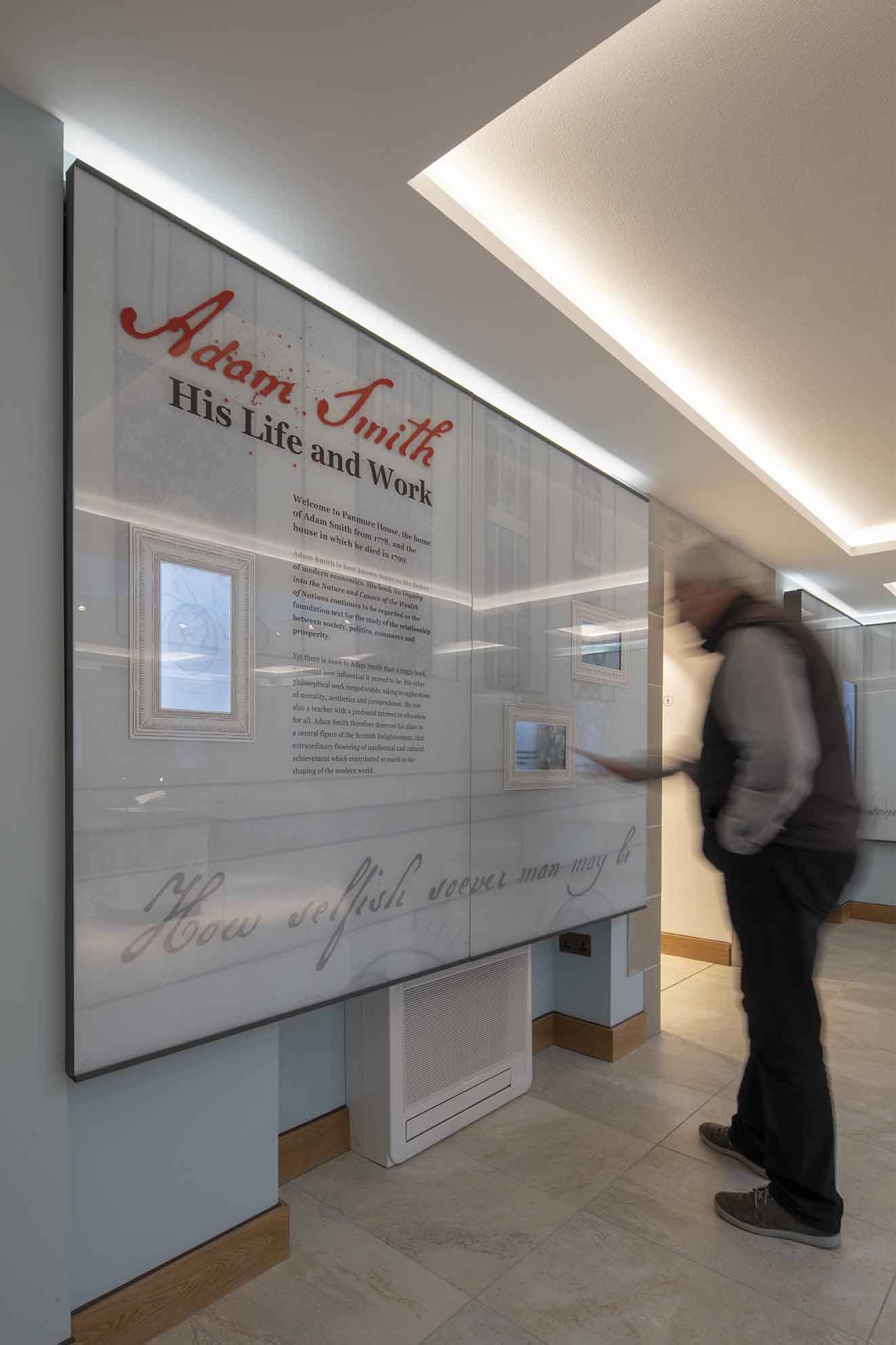 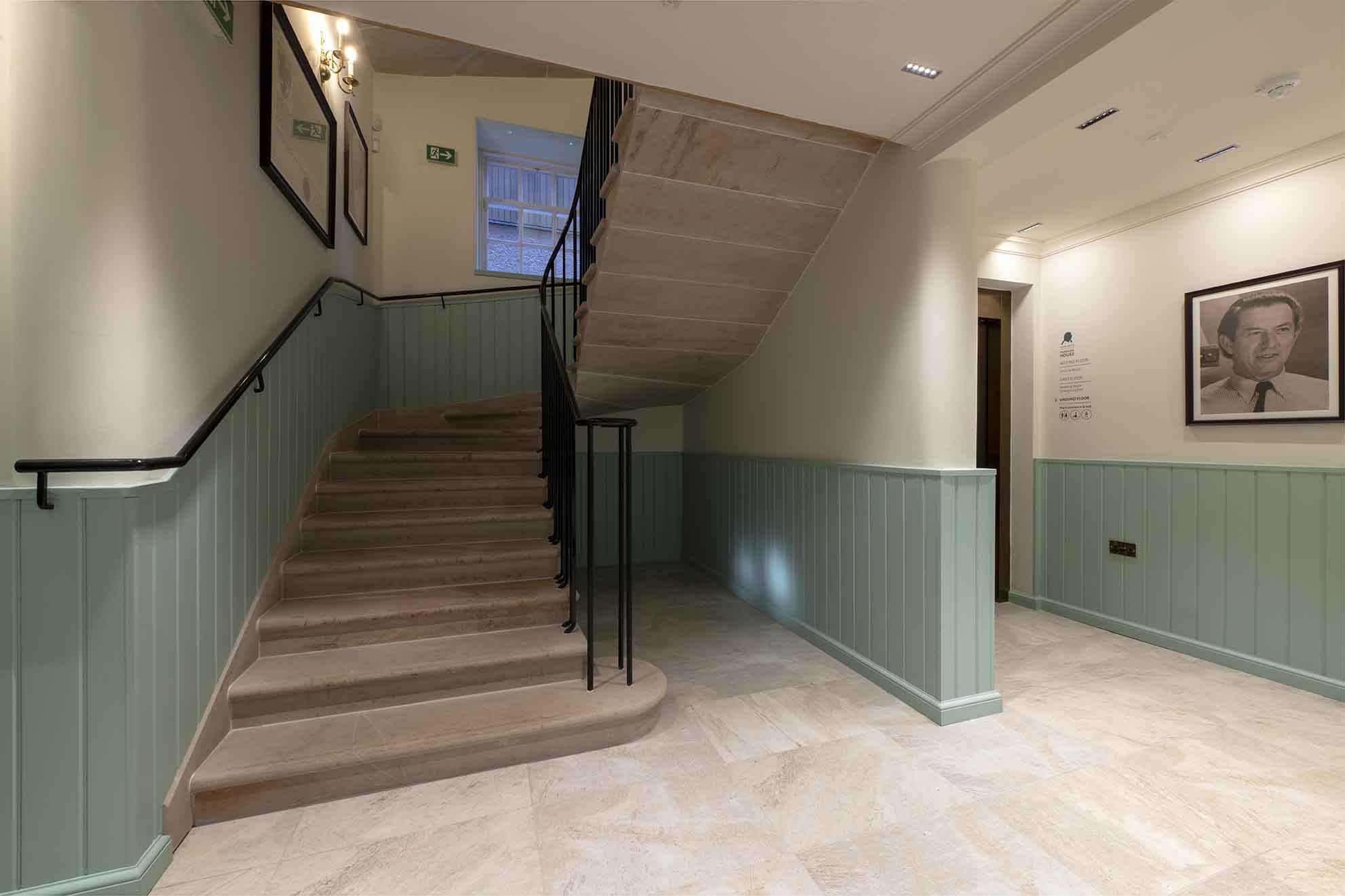 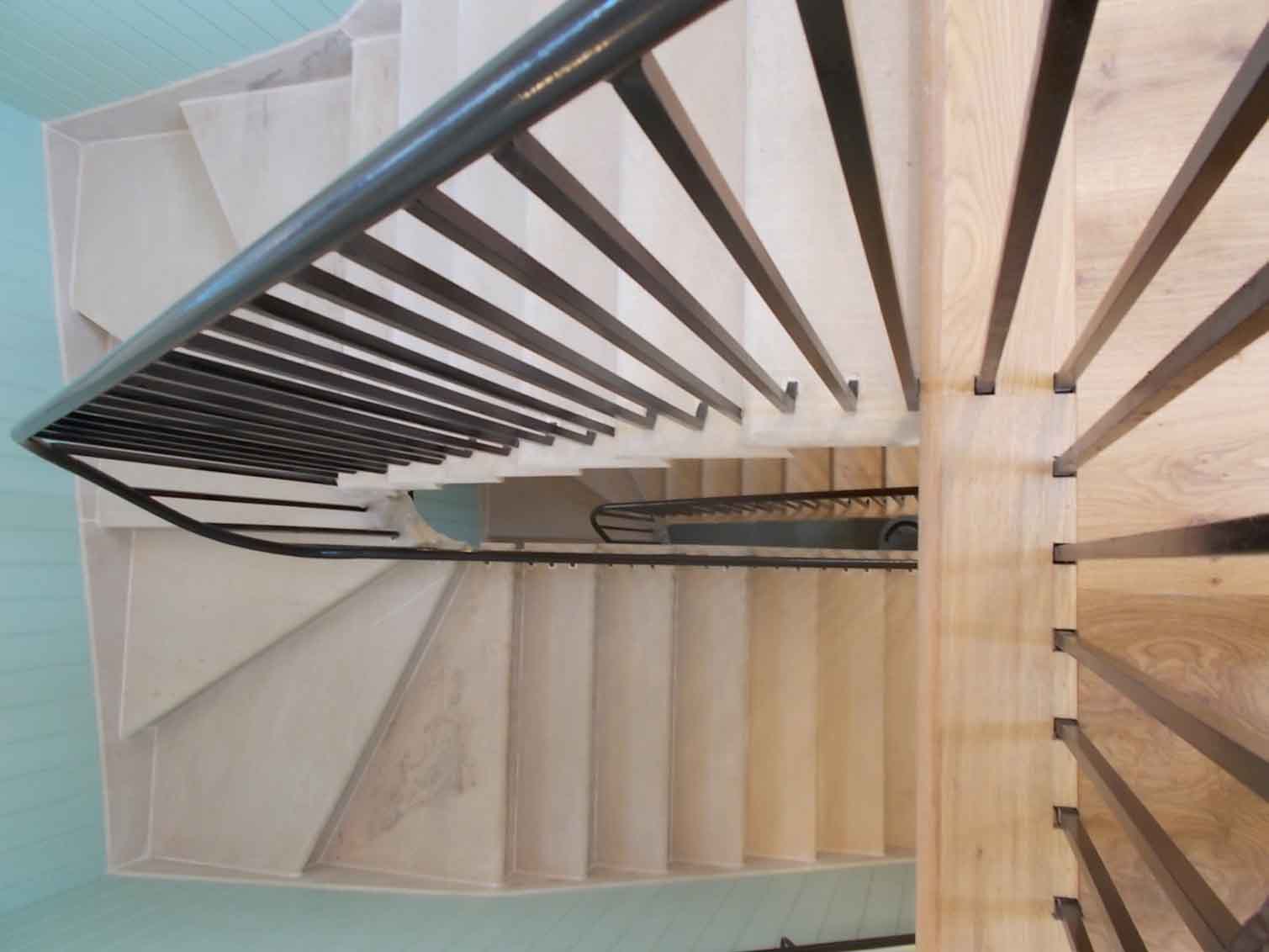 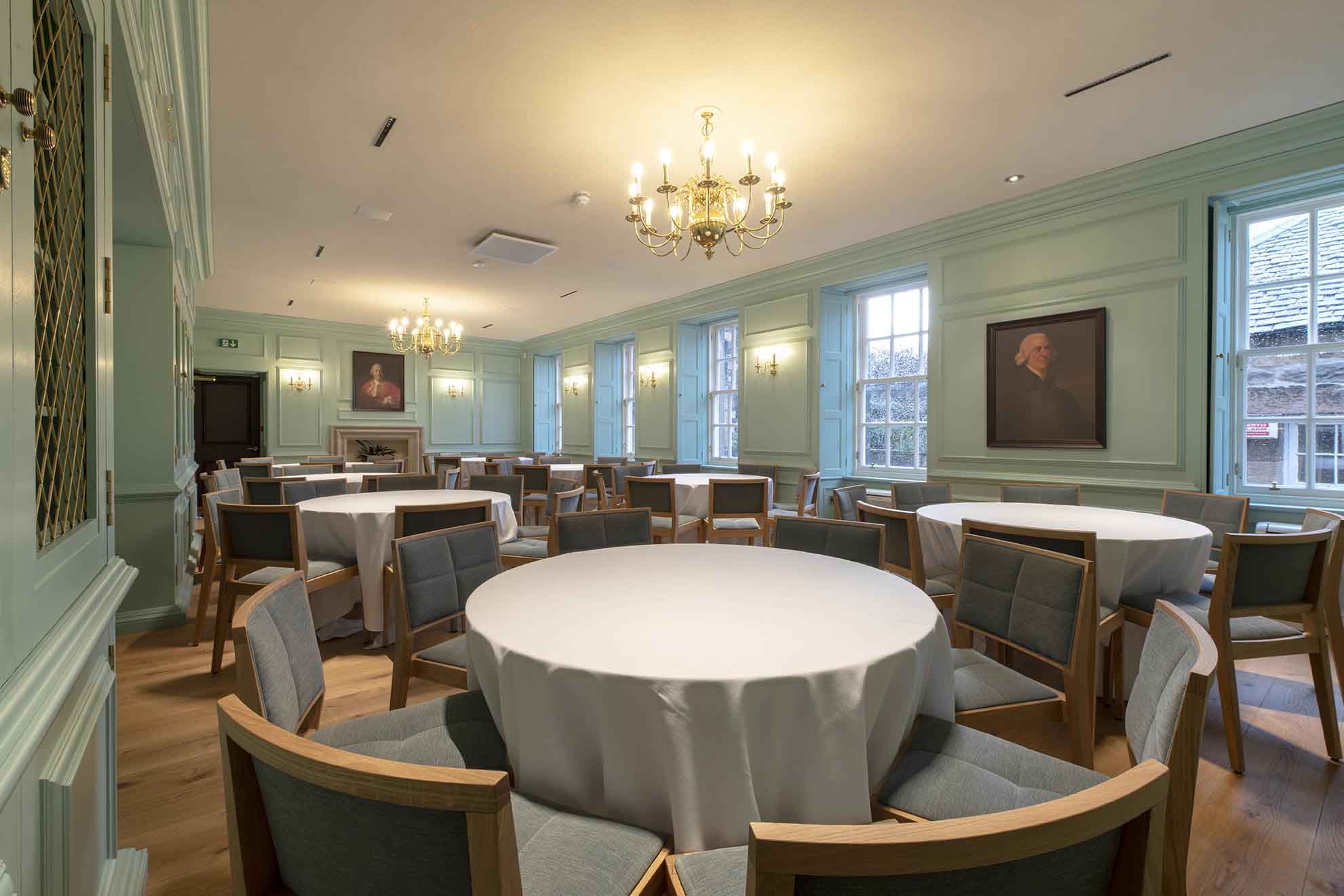 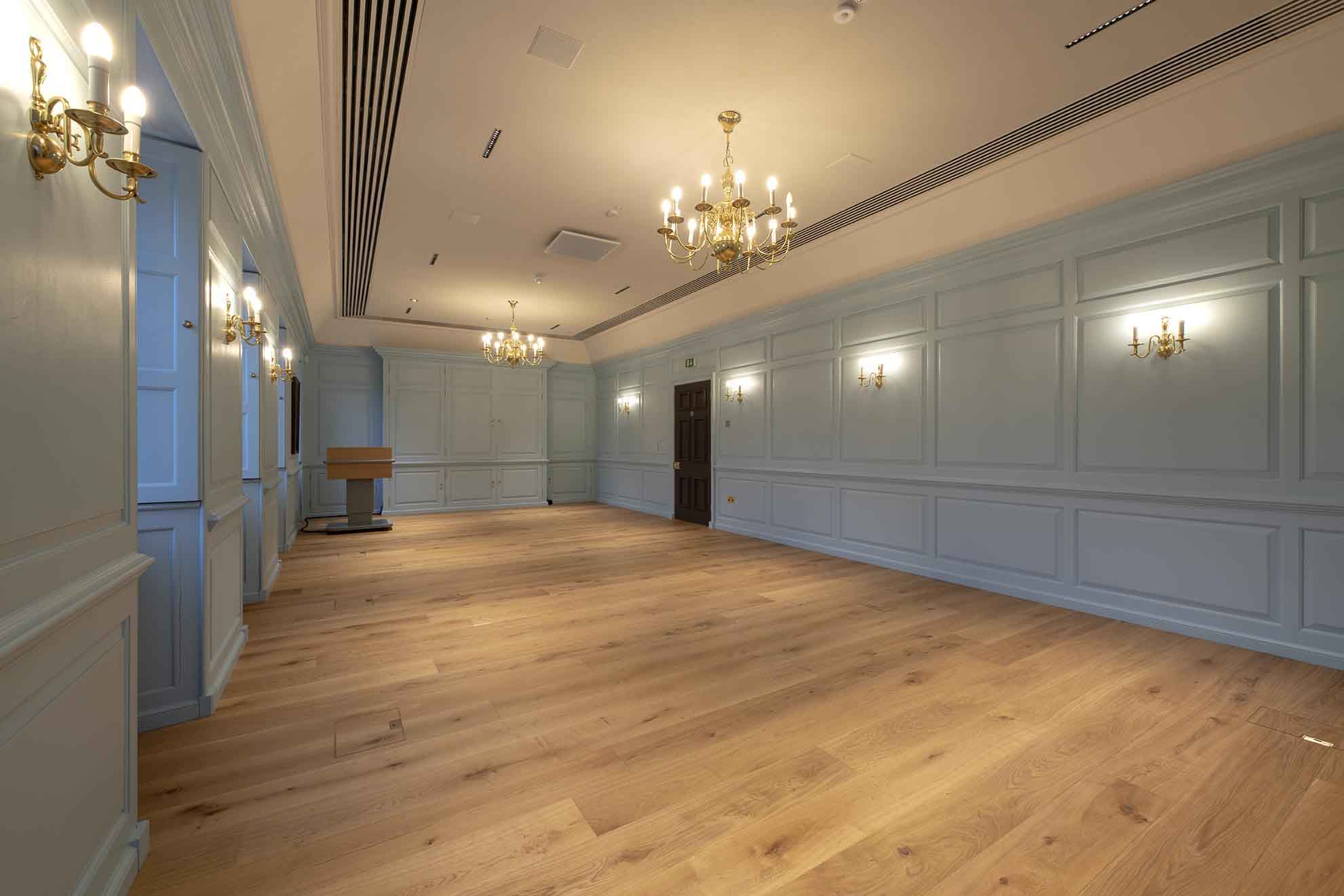 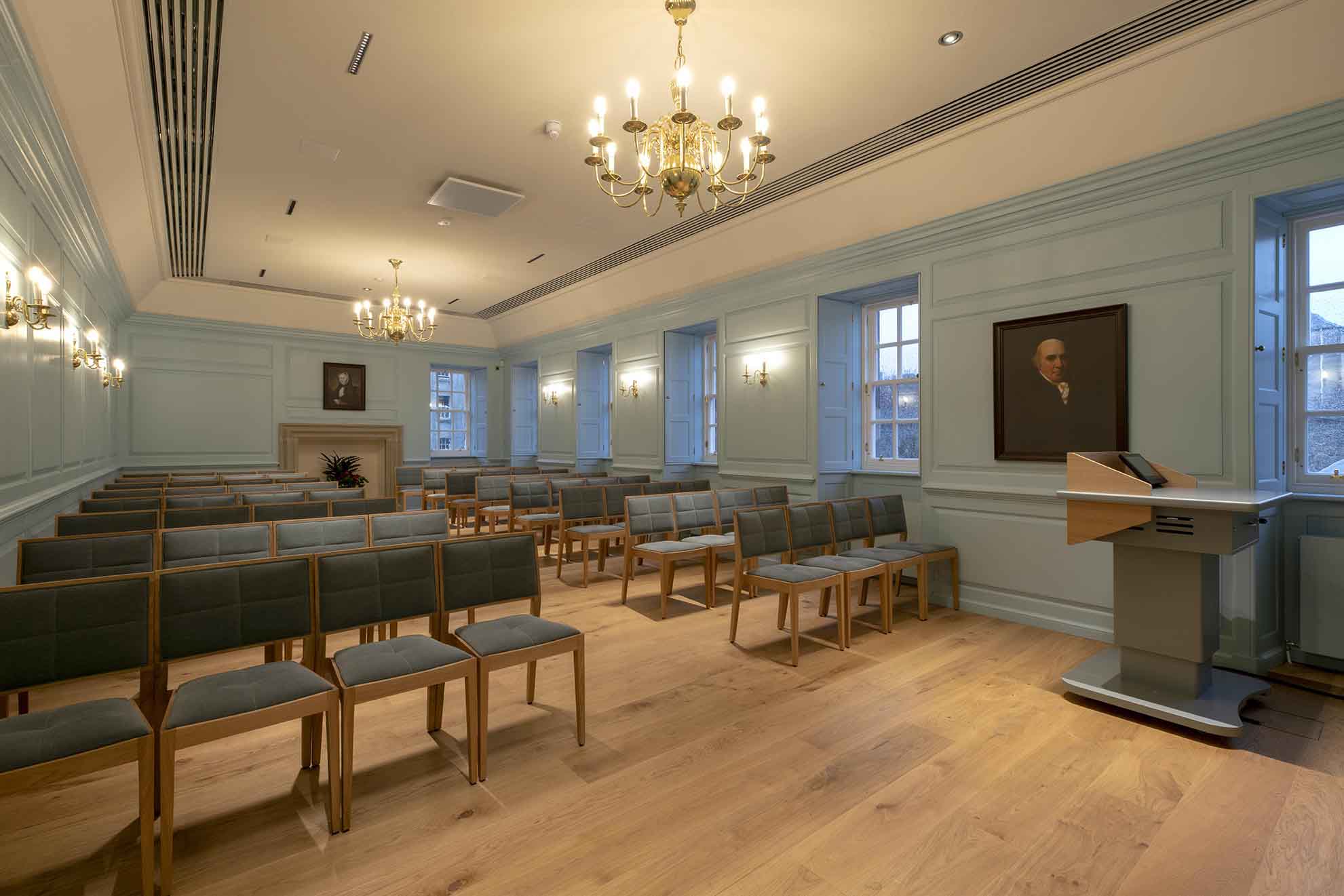 Panmure House, Edinburgh
Extension and Conversion of a Category A-Listed Building into the Flagship Headquarters of Edinburgh Business School

EKJN began work on the Panmure House project in 2008 when the Edinburgh Business School (EBS) purchased the building from City of Edinburgh Council. The project was completed in 2018. The house was originally built circa 1690 and is notable for being the home of Adam Smith, author of 'The Wealth of Nations'.

The house played host to many of the notable figures of the Scottish Enlightenment and was a hub of learned debate in Edinburgh in the 18th Century. By 1950 the house had fallen into ruin and was renovated at that time to become a reform school for boys, opened by HRH the Duke of Edinburgh. By 2008, despite its Grade A-listing, the house was once again in a state of disrepair and surplus to requirements. EBS resolved to restore it to its former glory and to turn it into a modern seat of learning and debate, befitting its historical connections.

The proposals include a new low-level entrance foyer, a roof terrace, and an internal Reading Room and Lecture Room to form a 600 sqm DDA-compliant state-of-the-art learning facility and an archive for the work of Adam Smith.

Contemporary interventions include the introduction of modern heating and cooling systems and modern construction systems, the provision of fully accessible lifts and access routes, and a contemporary extension toplit by a contemporary glass rooflight to create a bright and modern entrance foyer.

The initial phase of construction went on site in 2013, with the full project complete in 2018. The project was nominated for a number of awards including the Museums and Heritage Awards, the Edinburgh Architects Association Awards and the RIAS/RIBA Awards. It has been shortlisted for the RICS Social Impact Award 2020, the AJ Retrofit Award 2019 and the RICS Building Conservation Award 2019.